Mauritius: Five Reasons To Love Or Hate This Island

English  |  Deutsch  To be honest: It’s not all paradise but a lot of it is. Before our visit, we read up on Mauritius on several blogs. Most of them described Mauritius as beautiful like cut out of a promotional leaflet of the tourist office. It’s not quite like that! However, since then I’ve been back two further times.

You can catch a direct flight from most major cities of Europe to Mauritius for a reasonable price. And, what is just wonderful! There is not much of a time lag either. In consequence, we were able to enjoy our stay from the first day of our arrival without jet lag. Check out flights here! 2. Beautiful Beaches And Plenty Activities To Choose From

My three sojourns on Mauritius brought me to different places. First I stayed with my daughter in the luxury Hotel La Pirogue in Flic en Flac directly at the beach which was gorgeous. Following that George and I spent a few days in a self-catering unit at Trou aux Biches and almost a month in Villa Osumare Guest House again in Flic en Flac.

We rented a car and explored the whole island to bathe and snorkel at several different places. The coast of Flic en Flac was our favorite. 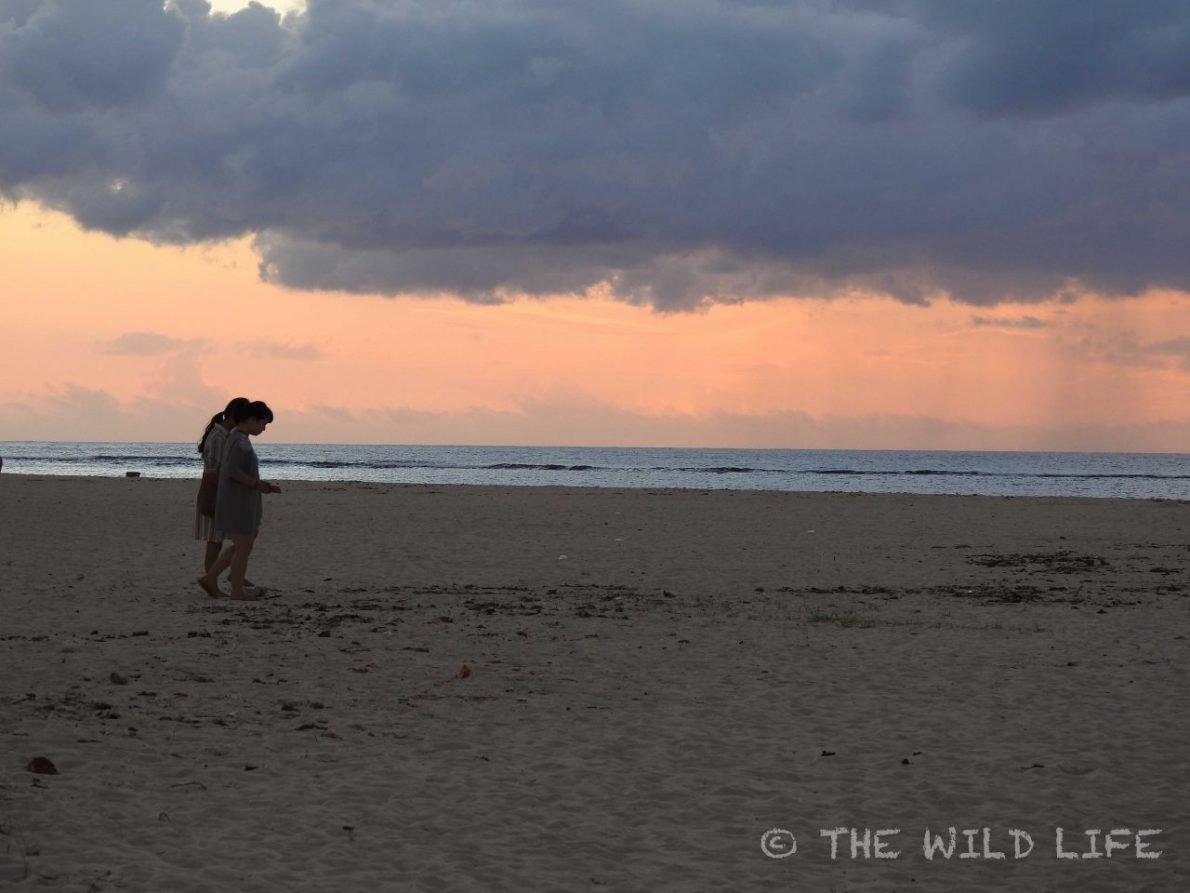 This coastline is protected. Coral can recover, which make for excitable snorkeling experiences. We snorkeled most of our time and observed wildlife underwater with great pleasure. If it’s for the food or the friendly people, we’d be back in Mauritius in a flash. Indian food is predominant as is the share of Indians in the population of Mauritius. Nonetheless, there are other influences from Africa, Asia, and Europe. 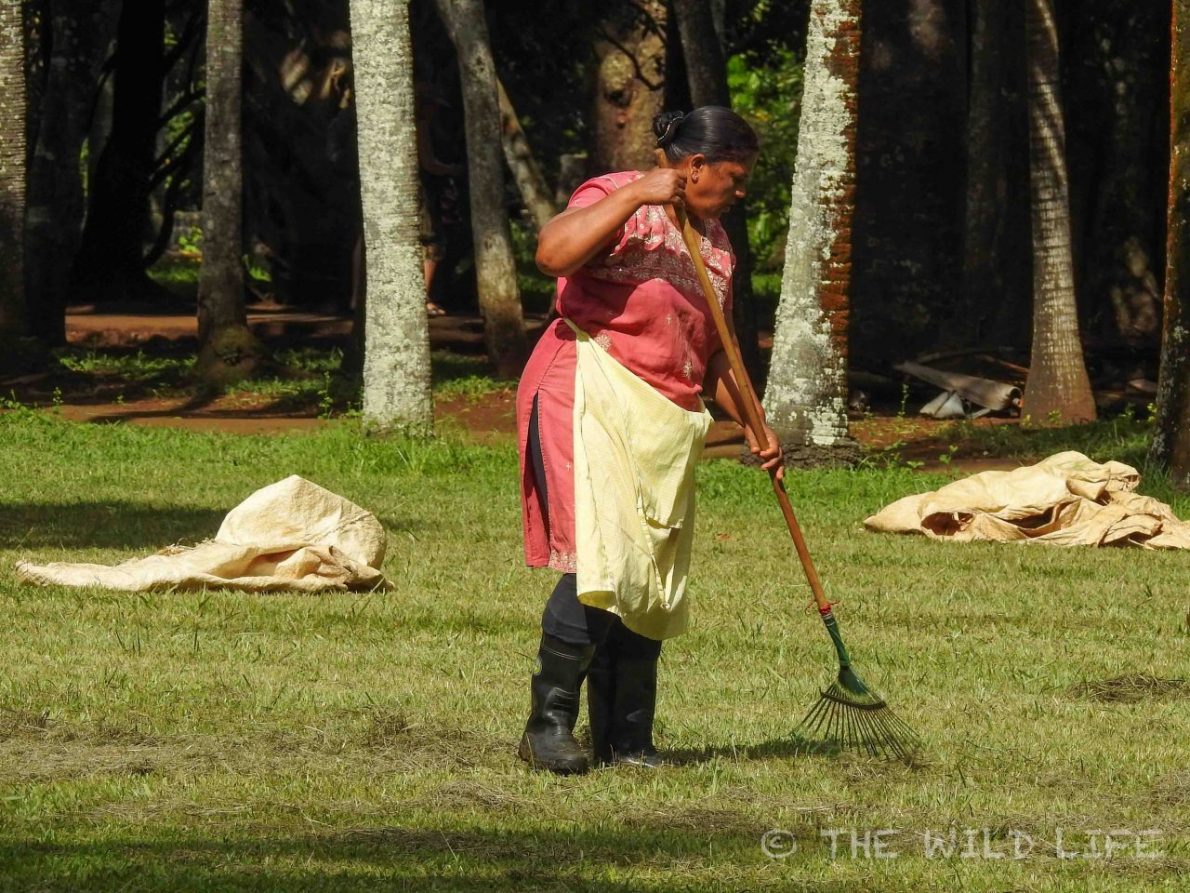 The women’s dresses are as colorful as the tropical gardens which are a pleasure to the eye.  Families live together and care for each other. Maybe a small space, but seemingly happy anyway. Noticeably the Islanders practice their various religions peacefully next to each other. 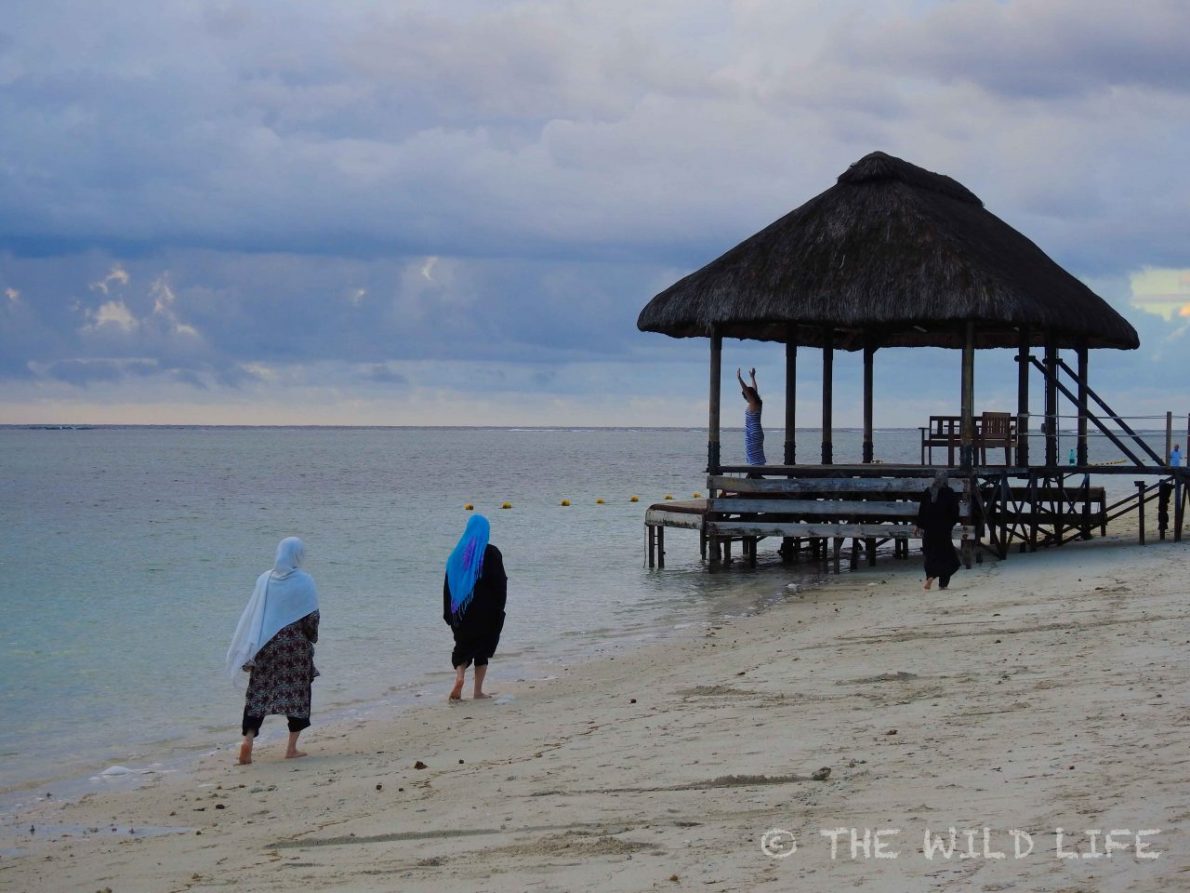 We did feel safe in Mauritius. Even in the evenings, we strolled along the beach to enjoy the sunset and admire the stars. The crime rate is low and annoying hawkers are seldom. The few hawkers we met, left us in peace if we didn’t want to buy anything (not so in Tanzania or Kenya!). 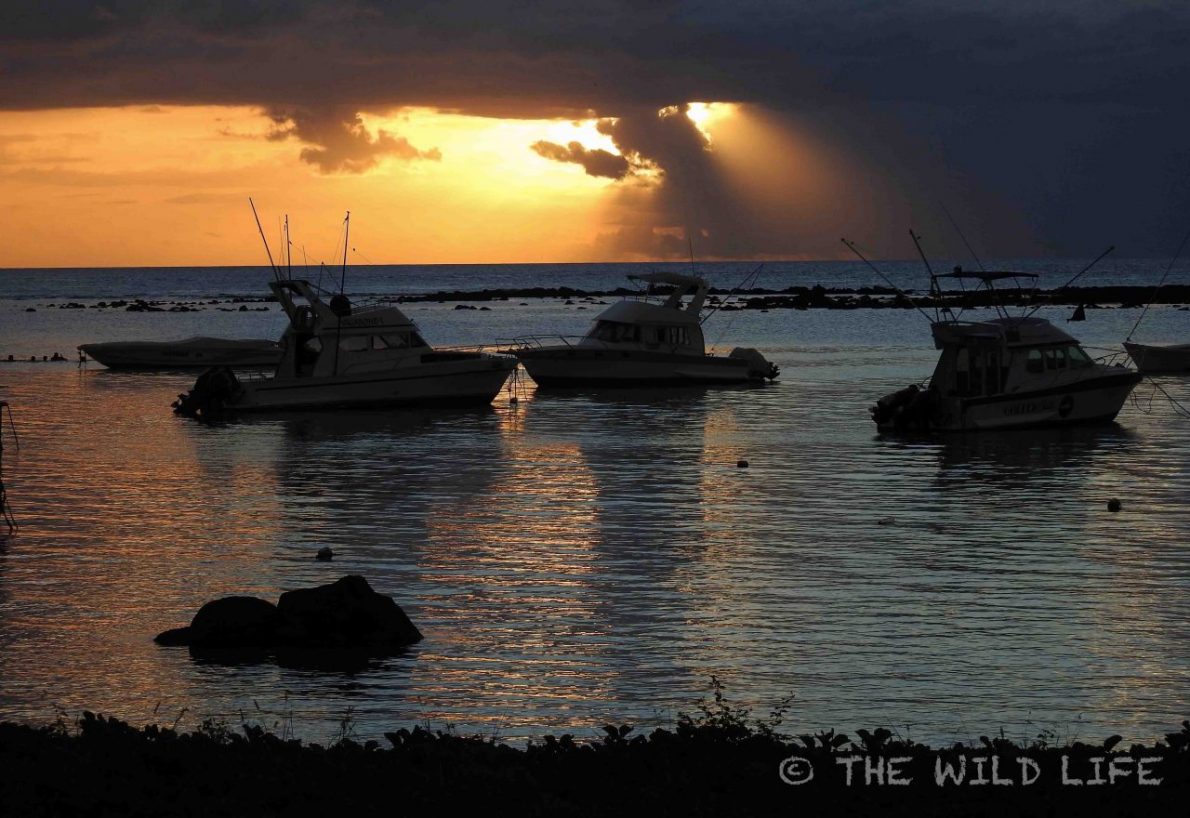 We took taxis, buses and hired a car. All was very easy! We didn’t have any issues at all and it is a perfect place to lay-back and enjoy a relaxed time.

Mauritius is among the ten countries having the highest population density in the world. An average of 623 persons are living per square kilometer on the small island of  2’030 square kilometers of land area. Most of them, 30% of Mauritius’s population, live in the capital Port Louis and the adjacent district of Plaines Wilhems in the heart of the island around the plateau towns of Beau Bassin, Rose Hill, Quatre Bornes, Phoenix, Vacoas, Floréal, and Curepipe. Besides most surprising for a developed country like Mauritius is, that the median age of Mauritians is only 36 years!

With exception of the south part of Mauritius, where the last pocket of extended forest remains in the Black Forest National Park, we had the impression to drive through one extended town without interruption but for some sugarcane fields.

Sugarcane is cultivated on 85% of the arable land in Mauritius; plantations, green equality without trees, shrubs or bushes for wildlife. It is beyond understanding why there are still voices calling for the lowering of production costs and aiming for more productivity per unit as the revenue dwindled during the past few years. 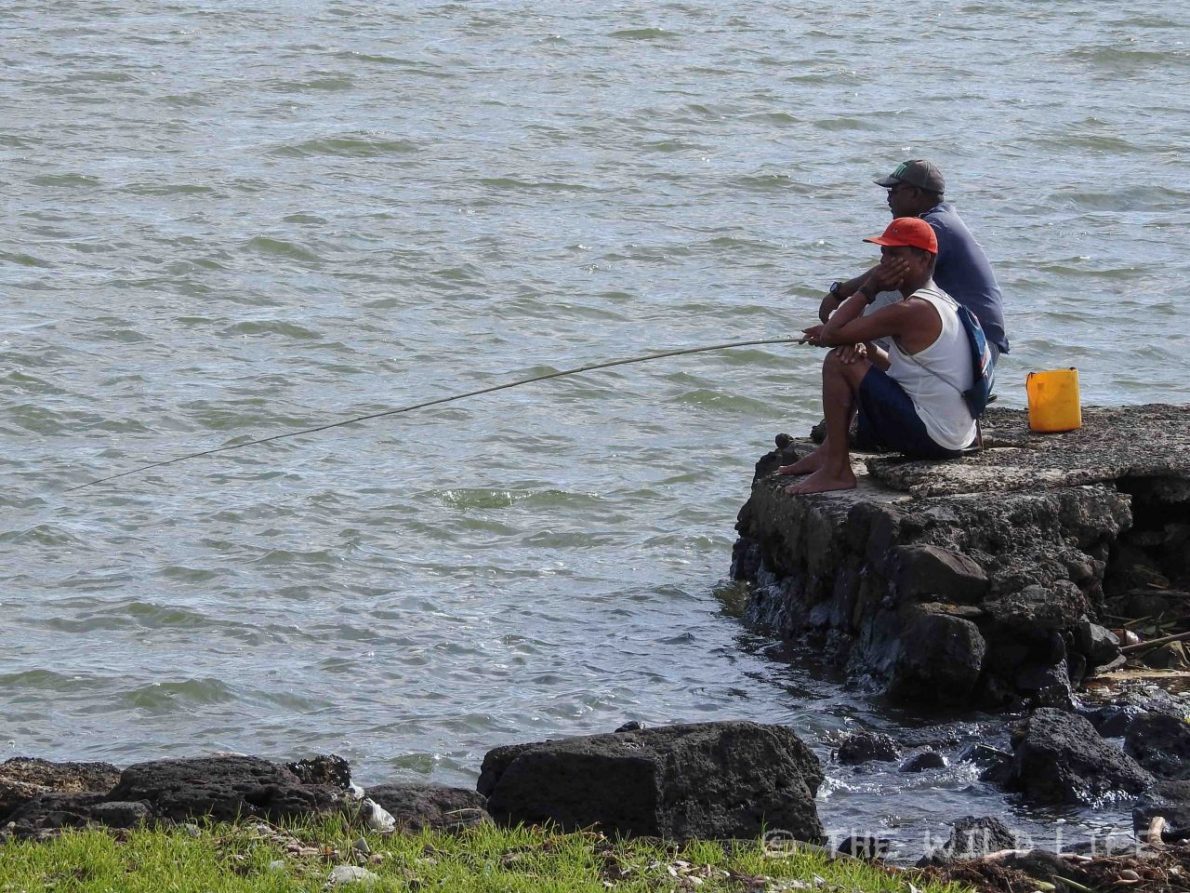 Instead, reading the signs for more sustainable farming and a healthier environment in unison with nature would be more advisable, don’t you think?

3. Too Small National Park And Not Enough Nature Reserves

Little is done to preserve the few wild places which are left on Mauritius. Black River Gorges National Park is mentioned proudly in almost any tourist brochure as a haven of natural beauty and wildlife. It is important to know though, that the National Park is actually the last stand of Mauritian forests and many native species. 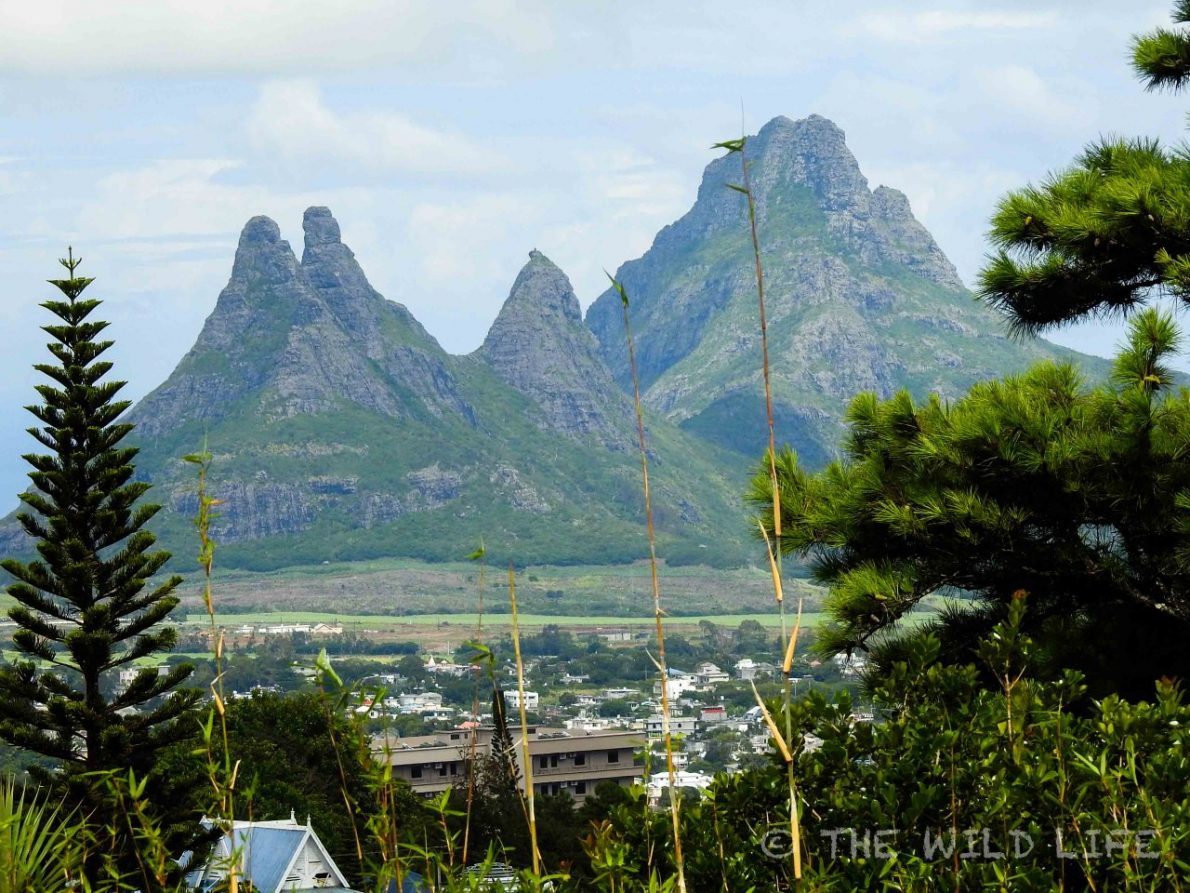 Black River Gorge National Park only covers 67 square kilometers of the island. Only 2% is left of native forest on Mauritius! The Mauritian giant tortoises are extinct, as is the famous Dodo, a flightless bird endemic to the island. More species are bound to follow this sad fate.

Government and Non-Governmental-Organizations made several attempts to “get rid of” street dogs on the streets and beaches of Mauritius. It caused a moderate out-cry on social media when pictures and videos showed that “officials” threw dogs into vans and strangled them cruelly in masses, clearly visible to their buddies which were next in line to be killed.

There is a program in place to neuter strays. Not much seen or heard of this during our stay on Mauritius, as hundreds of stray dogs populate the less touristy places of the island. The posh resorts have their own ways to get rid of animals on their properties. You won’t even see many insects and in consequence, birds, as hotels spray pesticides weekly to enable a pleasant stay for the spoiled tourist without mosquitoes.

Famous for its reputation as Africa’s least corrupt country, Mauritius was up to last year a figurehead. Unfortunately, the latest developments show that even the island of Mauritius isn’t safe of graft and nepotism. 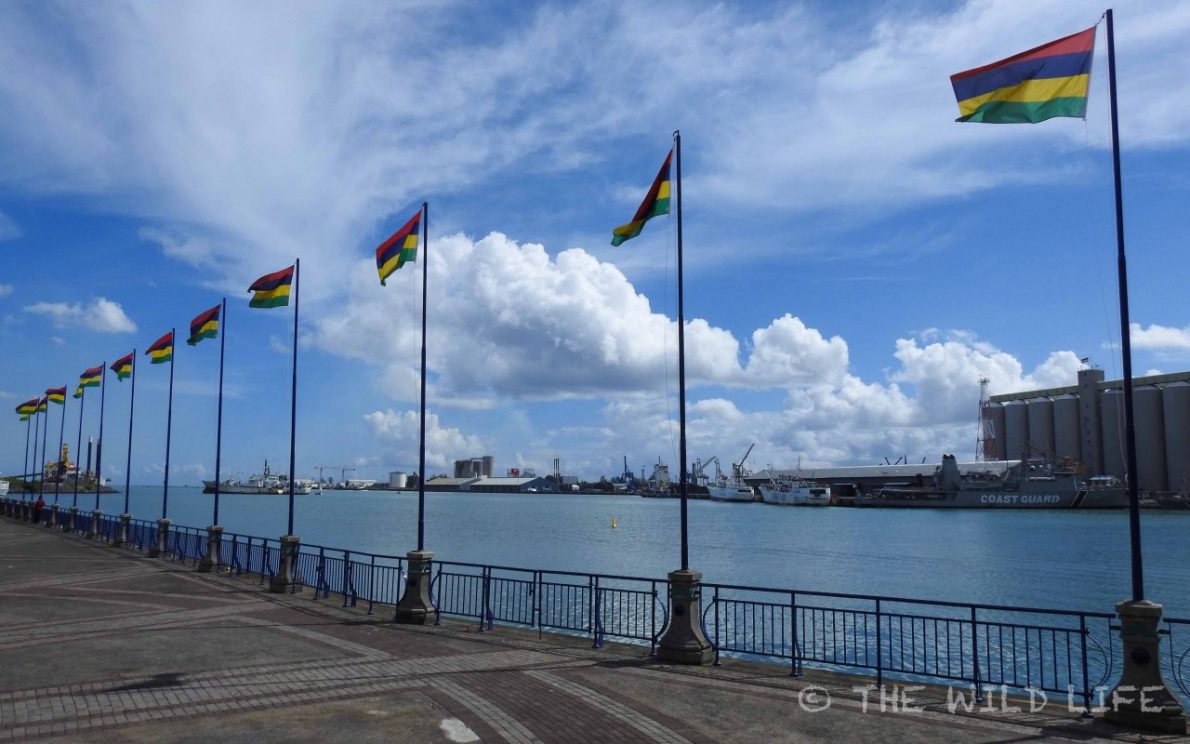 Hopefully, the residence of Mauritius will throw a stick in the wheel of these unfortunate developments. 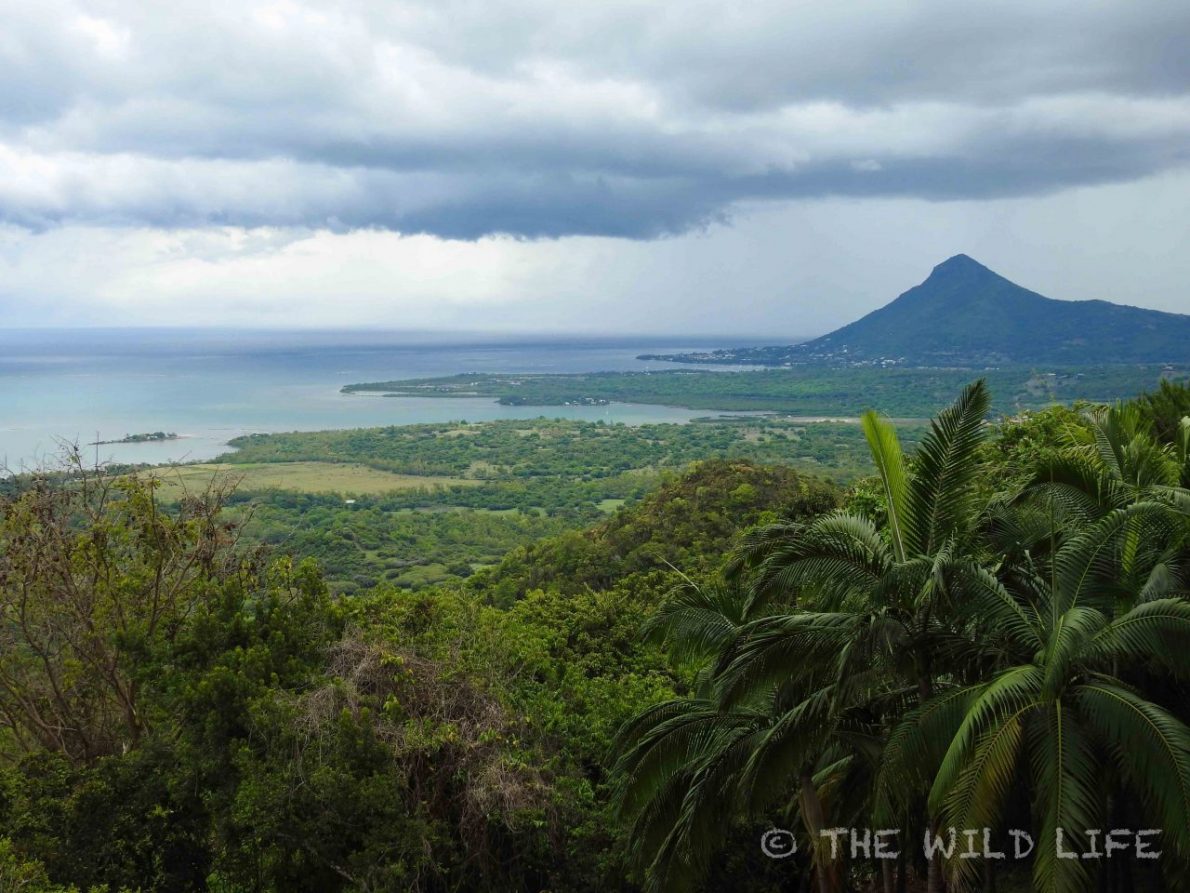 Apart from all the merely unison positive “soup” of reviews, I hope that this post adds some flavor and allows to get a more realistic vision of Mauritius. Paradises are long gone in this world. Mauritius needs tourists (and residents), who speak-up their mind and ask for responsible tourism, quasi-untouched national parks and nature reserves above AND below the water. 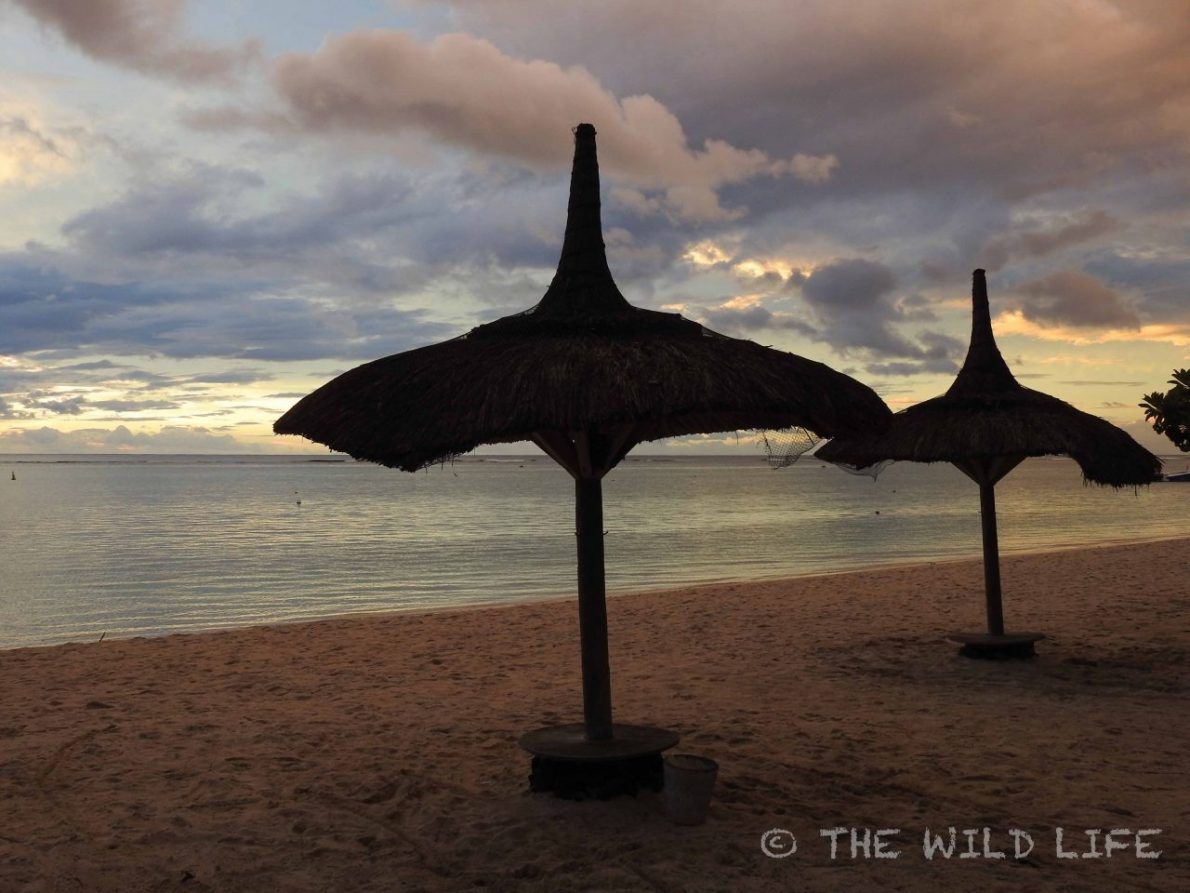 Mauritius must protect more coastline and should ban motorboats to save the coral. It isn’t enough to confine protection almost exclusively to tiny reserves and islands like Ile aux Aigrettes close to the mainland or Black River Gorge National Park. 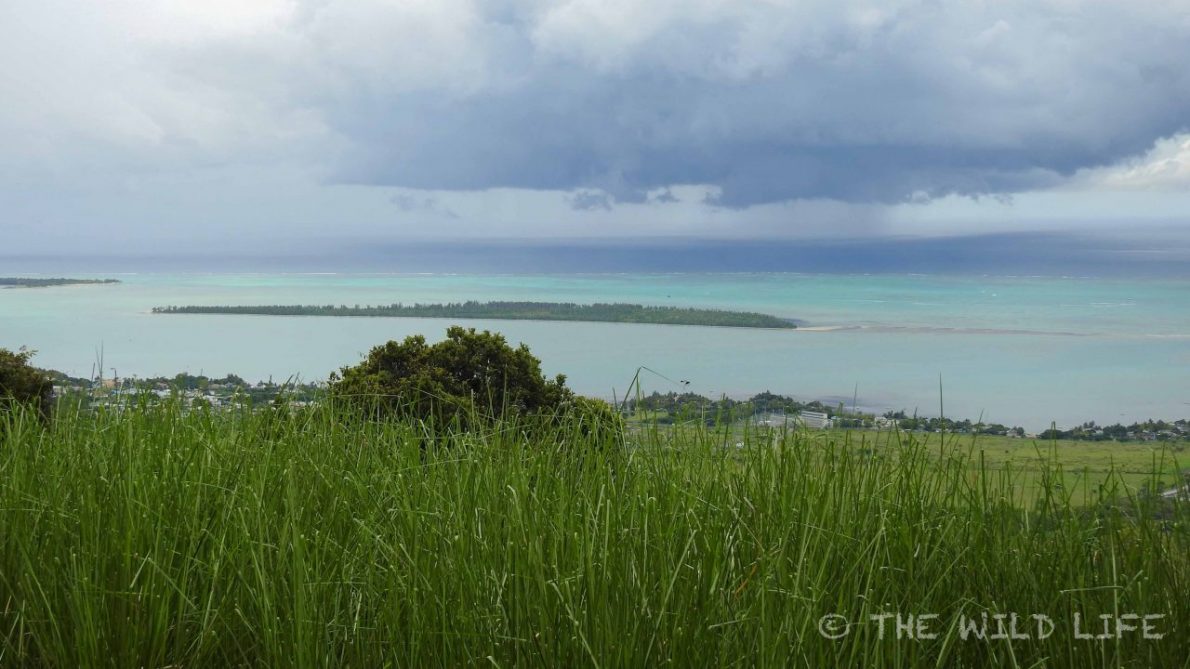 And maybe, if the government cares more about its own people, animals, and environment, Mauritius can be a trailblazer among the African countries again. 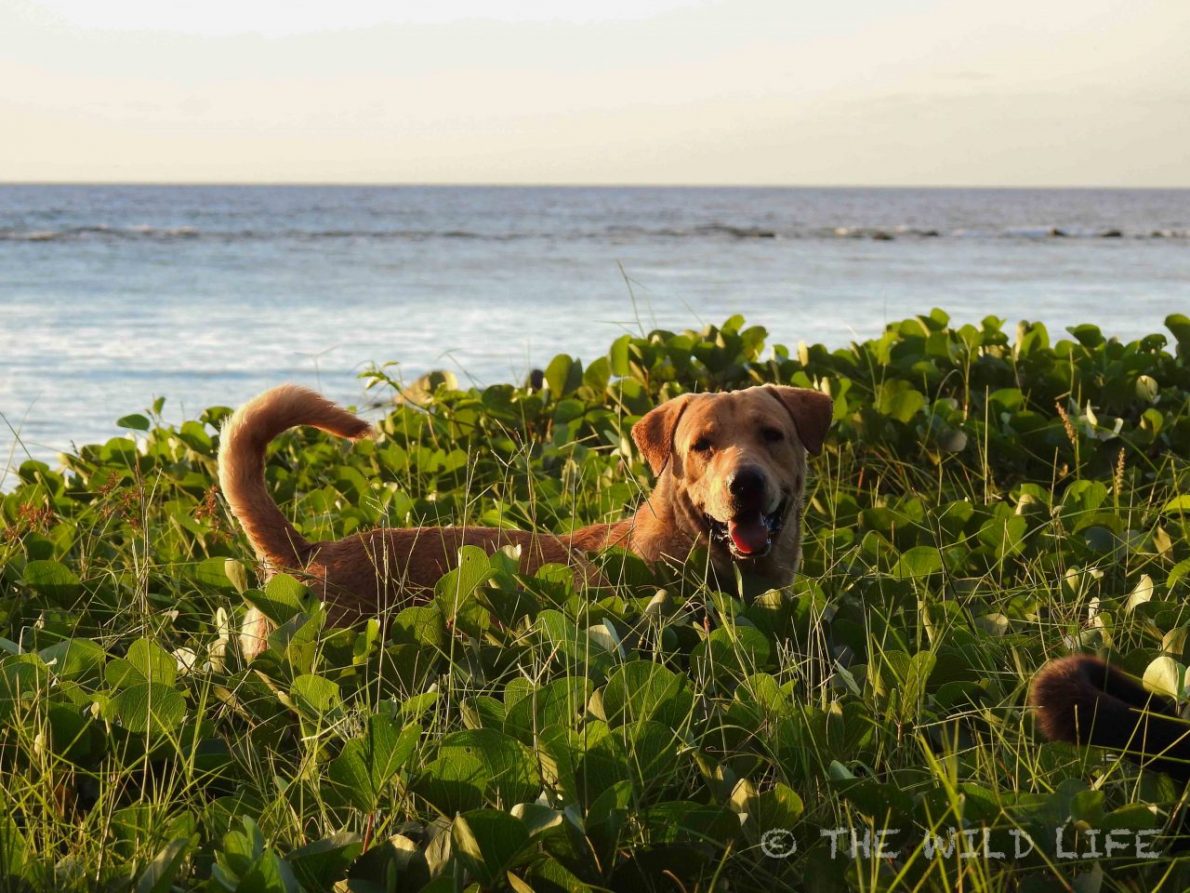 Read more about Mauritius and state your support!

Have you been to Mauritius? Please let us know what you think of our post and leave a comment. We’ll be happy to hear your opinion.