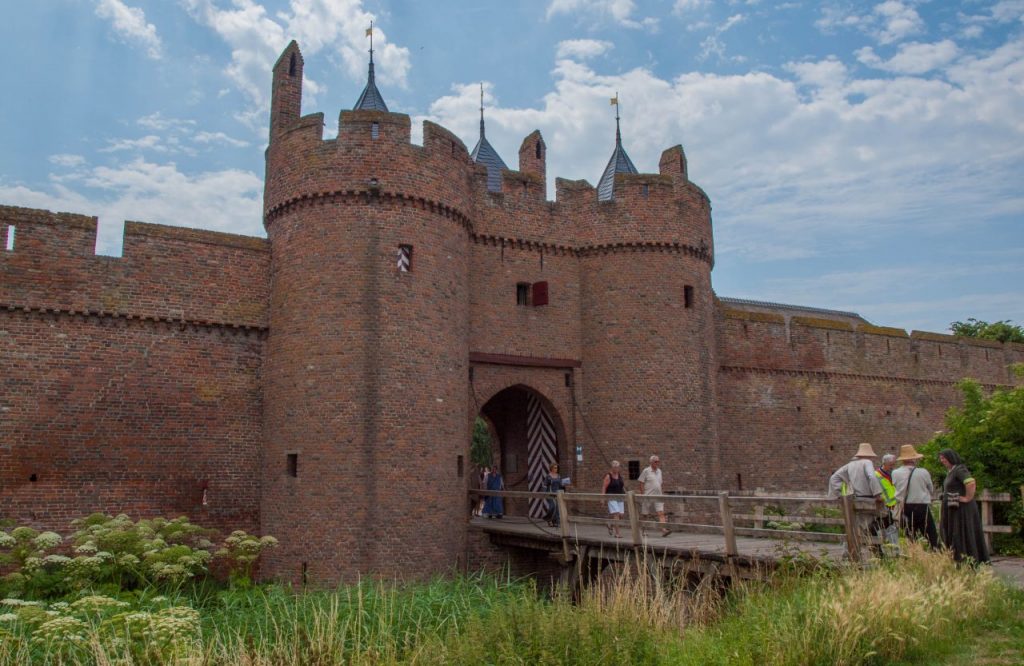 Splintering lances, Knights and thundering hoofs – revival of the medieval times in the Netherlands, Doornenburg Castle

The majestic Frisian horse with its shiny black body stamps its massive hoofs impatiently as his rider fetches his wooden lance from his assistant. The Knight struggles to hold his rearing horse till his duel partner is ready, and both gallop towards each other determinately pointing their weapons at the opponent’s shield. With a loud crash the wood splinters as both hit their targets. One Knight is badly hurt and tumbles backwards. Tough duels on the lawn at Doornenburg Castle! 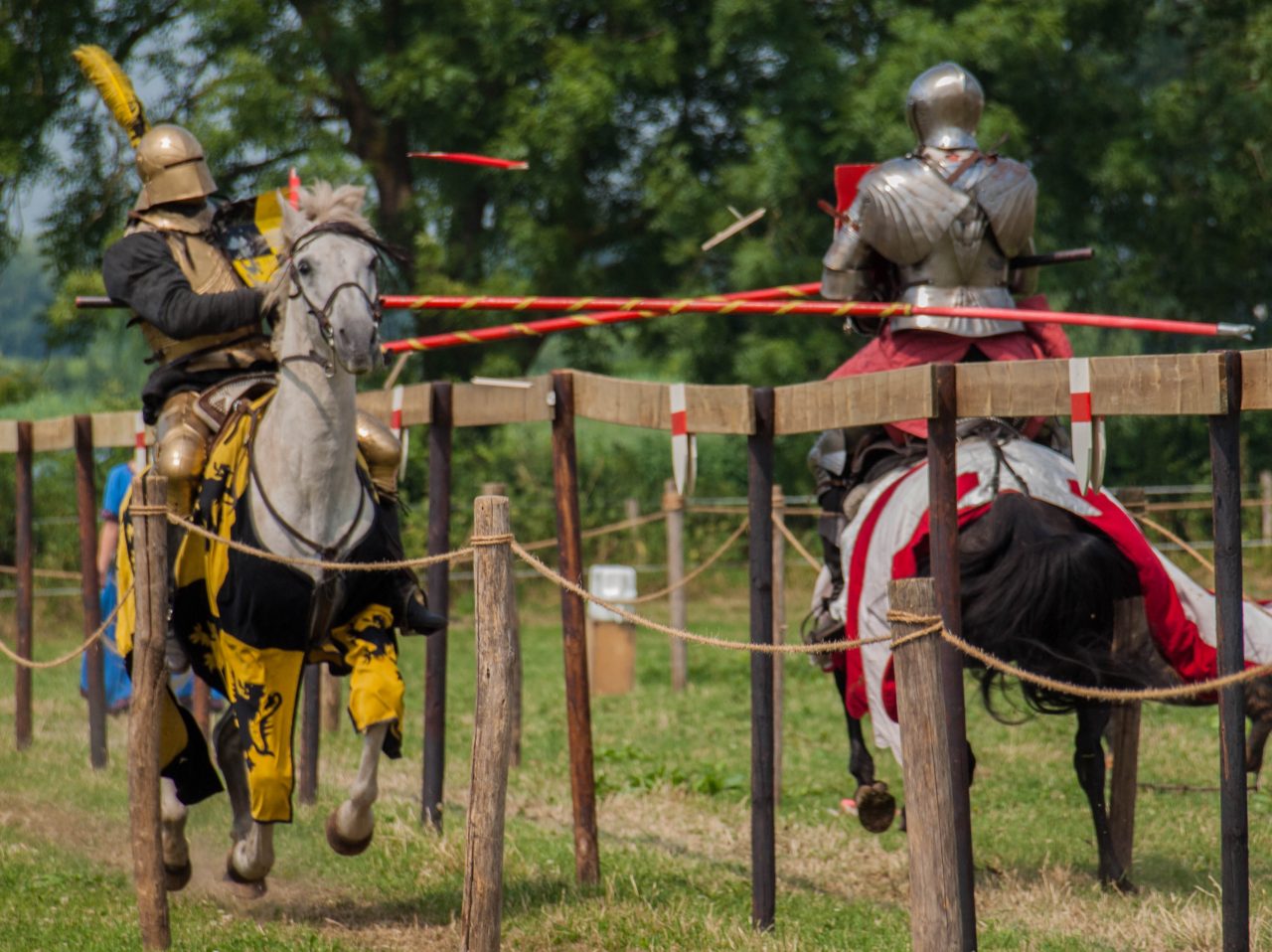 Every year, before the summer holiday, characters from the Netherlands and Germany spend a weekend at Doornenburg Castle living as if they were still in medieval times. The people wear authentic clothes using medieval methods to work red-hot steel to horseshoes, tough leather to bags and beads to necklaces. The master of ceremonies is announcing the program as the Knights’ games come to an end and the show of the raptors starts. 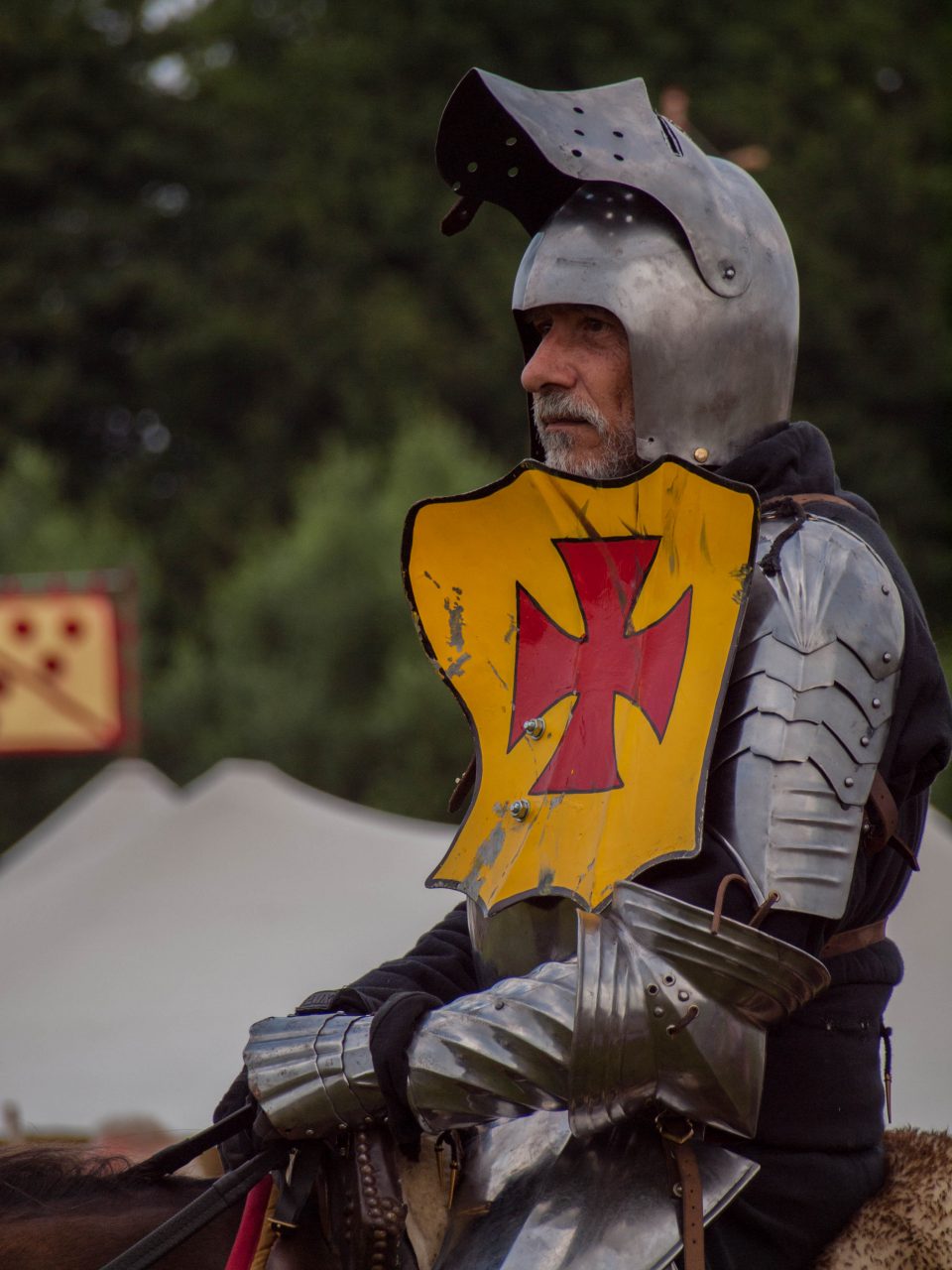 A bald eagle flies majestically with a wingspan of almost two meters over the crowd. His piercing eyes keep the bait in sight as he lands heavily on the arm of a young handler. A spotted eagle owl draws the attention of the people as it enjoys to be gently petted. A falcon swiftly swoops over the heads of the spectators up to the top of the castle’s walls out of reach. Only after some begging and calling with a whistle does it fly back to its handler to perform the rest of the show.

With the castle enhancing the event people can delve into the ancient times. Its origin can be traced to the 13th century. Abandoned over hundreds of years it became severally neglected. In the 1930th it was renovated only to be totally destroyed by the Allies in the last weeks of World War II. Nowadays it reappears all glamorous and offers a platform for festivals and private events. It’s a place worthwhile to visit during the festival for an in-depth experience of the medieval times. 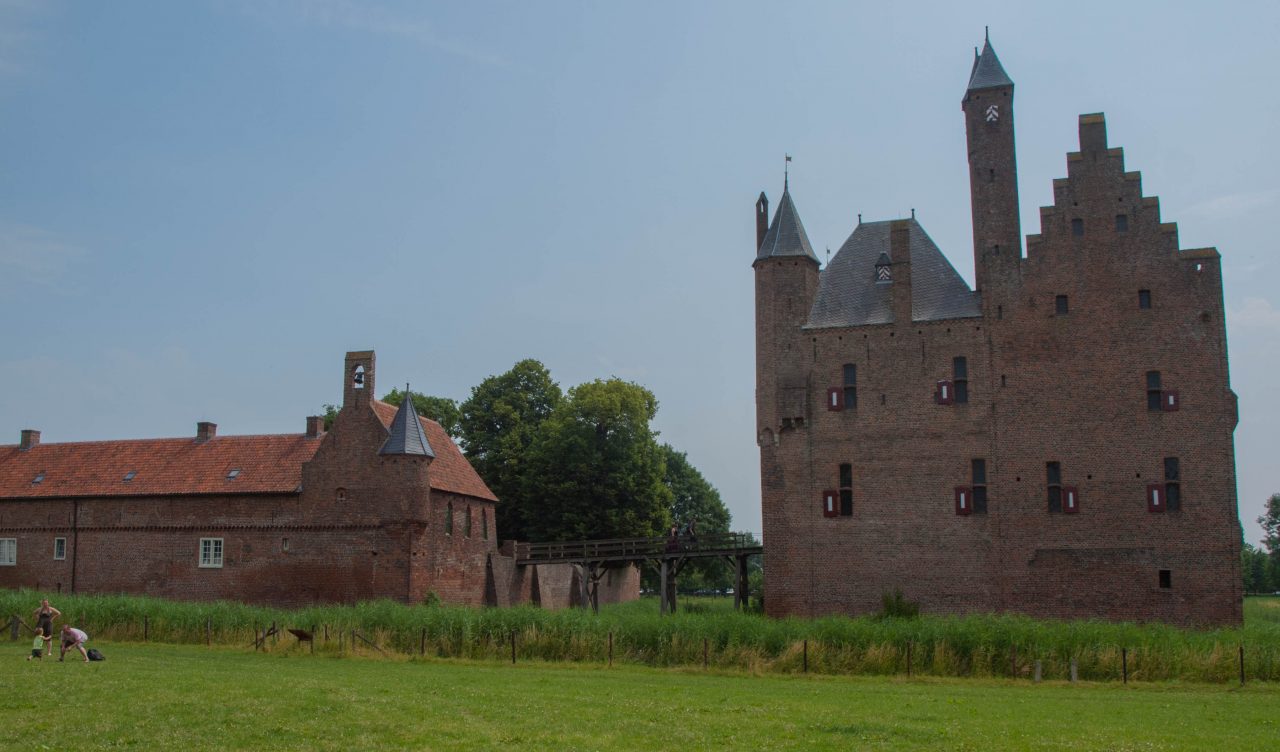 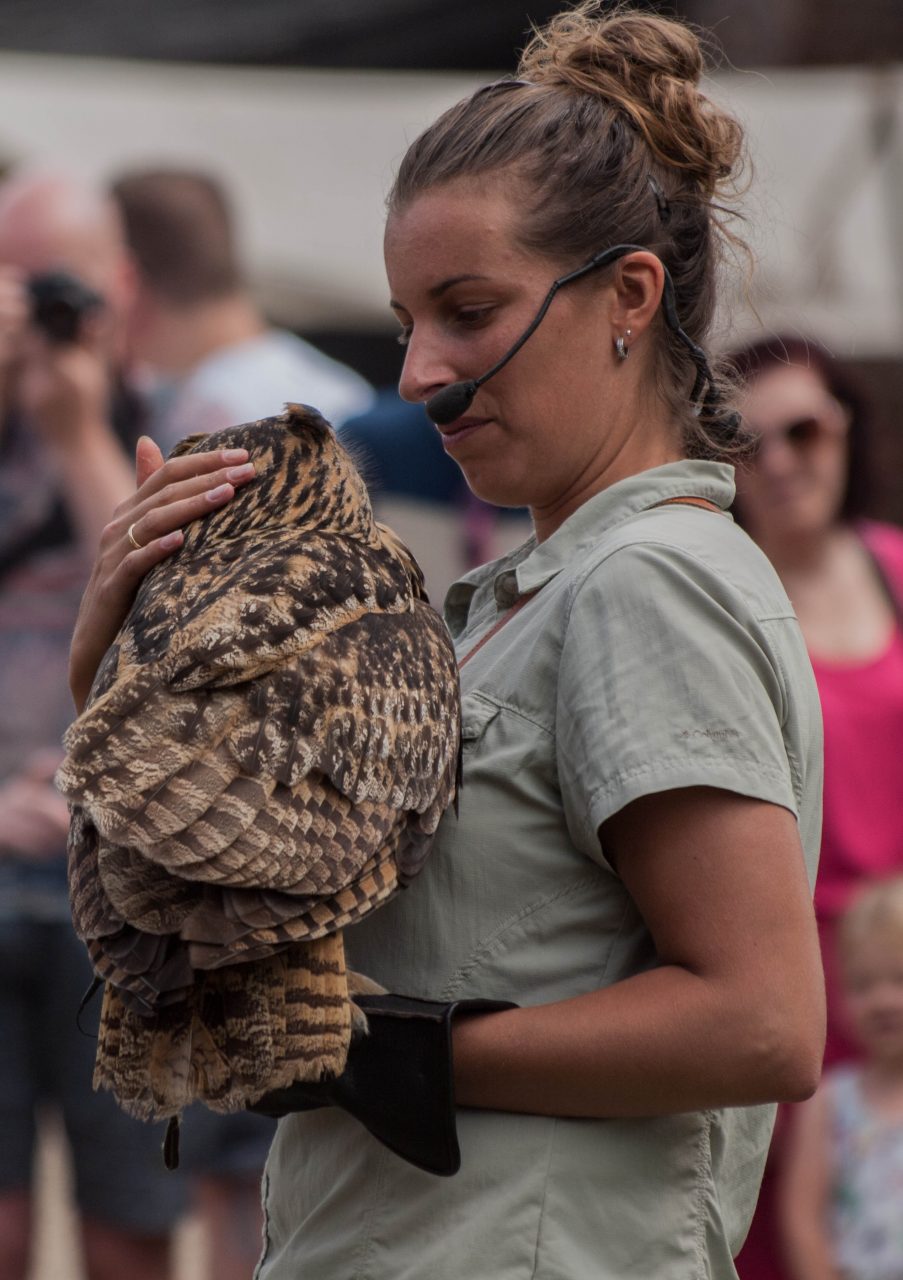 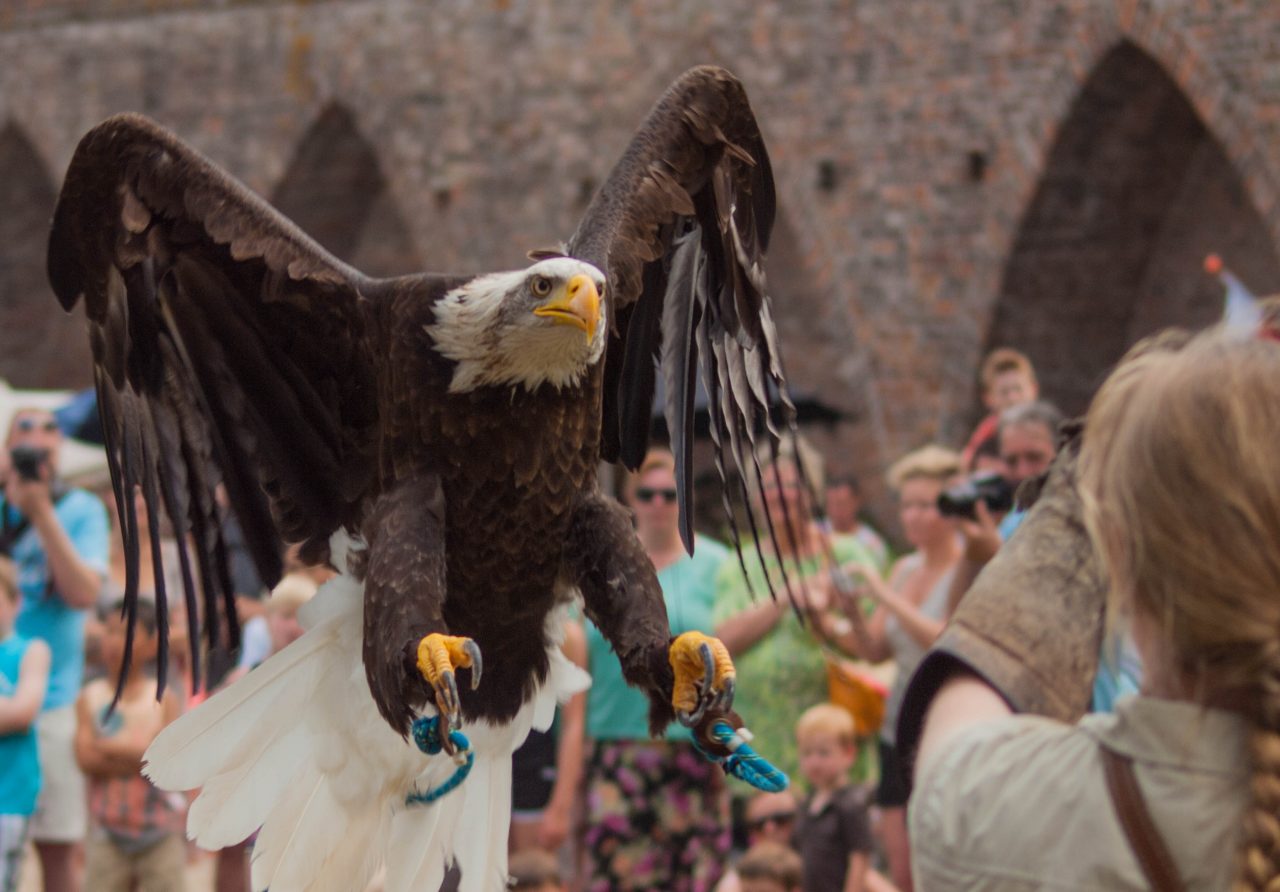 More beautiful Places in the Netherlands:

Live your dream! Retire early and travel the world. Sign up to our newsletter!

Exploring the North of the Netherlands