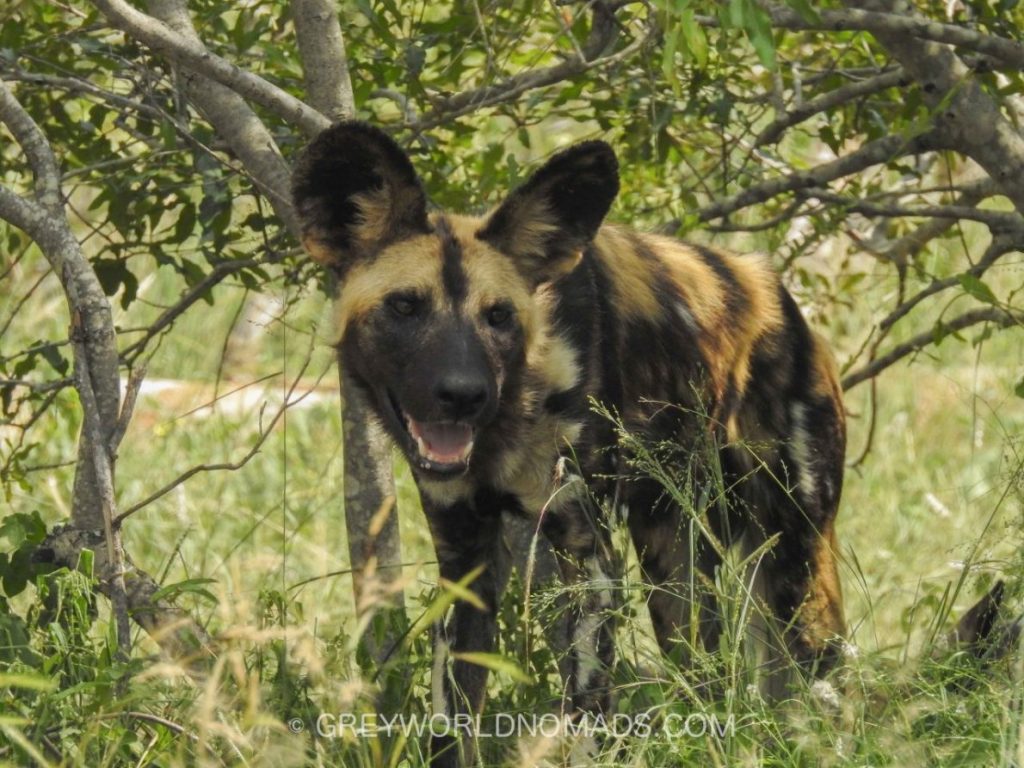 We visited the Kruger National Park in different seasons of the year in South Africa and can emphasize that there is no explicit best season to do so. It depends on your personal preferences in which season you choose visiting the so-called ‘ best place on earth ‘ in the north-east of South Africa. Depending on what your main interest is, you will find some facts on the seasons of the biggest national park of South Africa in this article to make your choice when to travel to Kruger National Park easier. 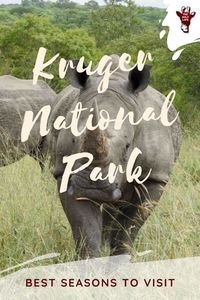 
Midsummer means high season for the Kruger National Park as it’s the time of South African’s major holidays when large crowds of citizens hook up their trailers and caravans to enjoy the spectacular wildlife in their backyard.

Anyway, you will struggle to find accommodation as most are booked one year in advance. 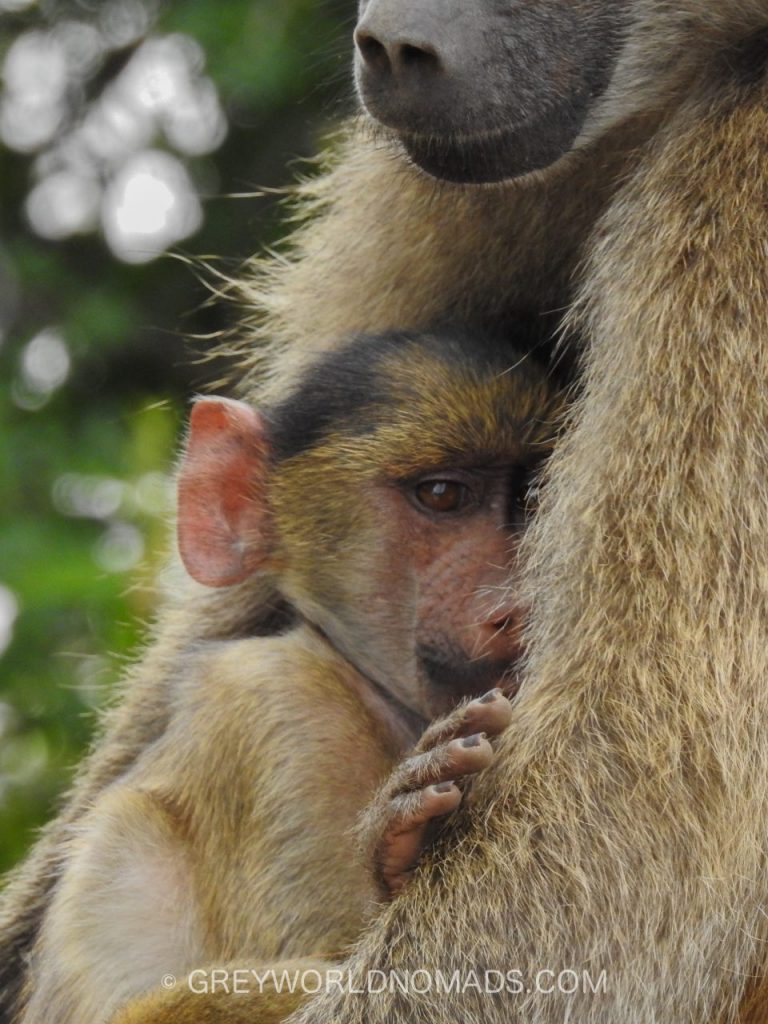 If you have no other option than to go on holiday during high season, you may try your luck to find accommodation in the less popular far north of the national park or in the more pricey private reserves or concessions instead. As the temperatures rise above 40° C during the day camping in a tent is not enjoyable even for the toughest outdoor enthusiasts. It’s doable (we did it) but we stayed at the swimming pool during the day most of the time. 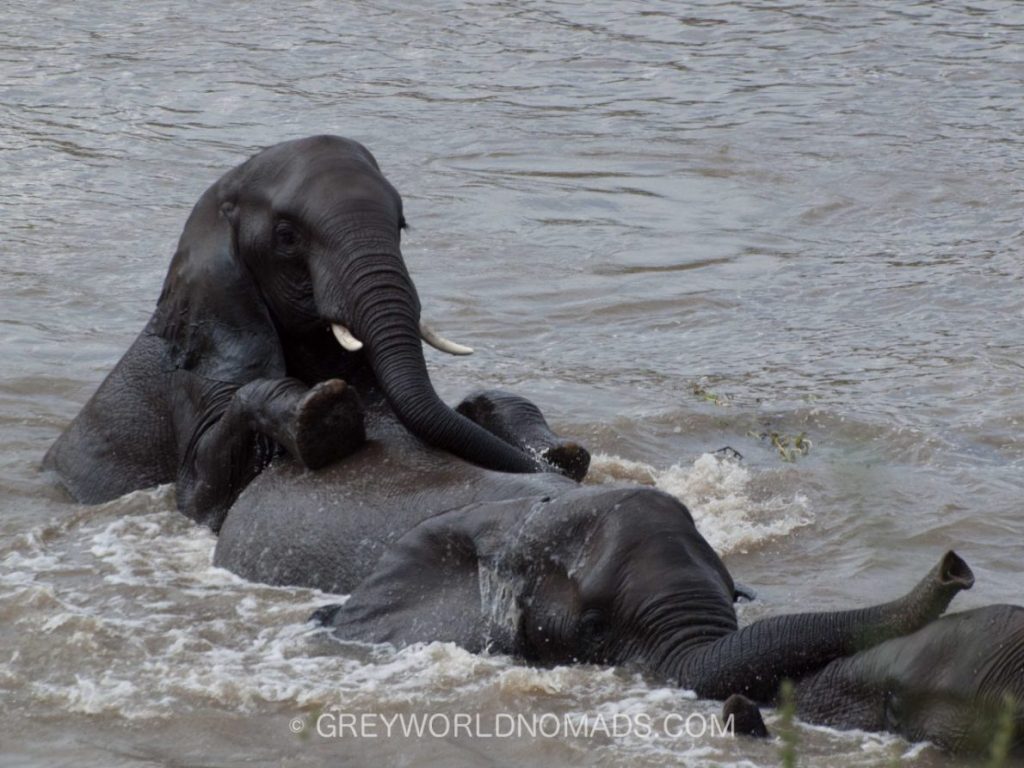 As for wildlife: the animals are generally spread out over wider areas because water is plentiful and the vegetation is dense. This means that the spotting of animals is most challenging in between the lush bushes and high grass. For birders, summer is the best time to visit Kruger, especially in the northern areas from Punda Maria to Pafuri which is famous for rare bird species.

Still being summer you might experience some exciting rains and thunderstorms. Rivers that are dry most of the year awaken the thirsty vegetation to life and the water of the dams will rise to a reassuring level for the rest of the year. As soon as this happens – as by an invisible command by nature – animals give birth, be it the numerous impalas or the scarcely spread wild dogs, babies everywhere.

The elephants most loved fruit of the Marula tree makes not only for some drunk monkeys as they consume the fermented fruit but also for elephants behaving crazily. We saw quite a few of them! 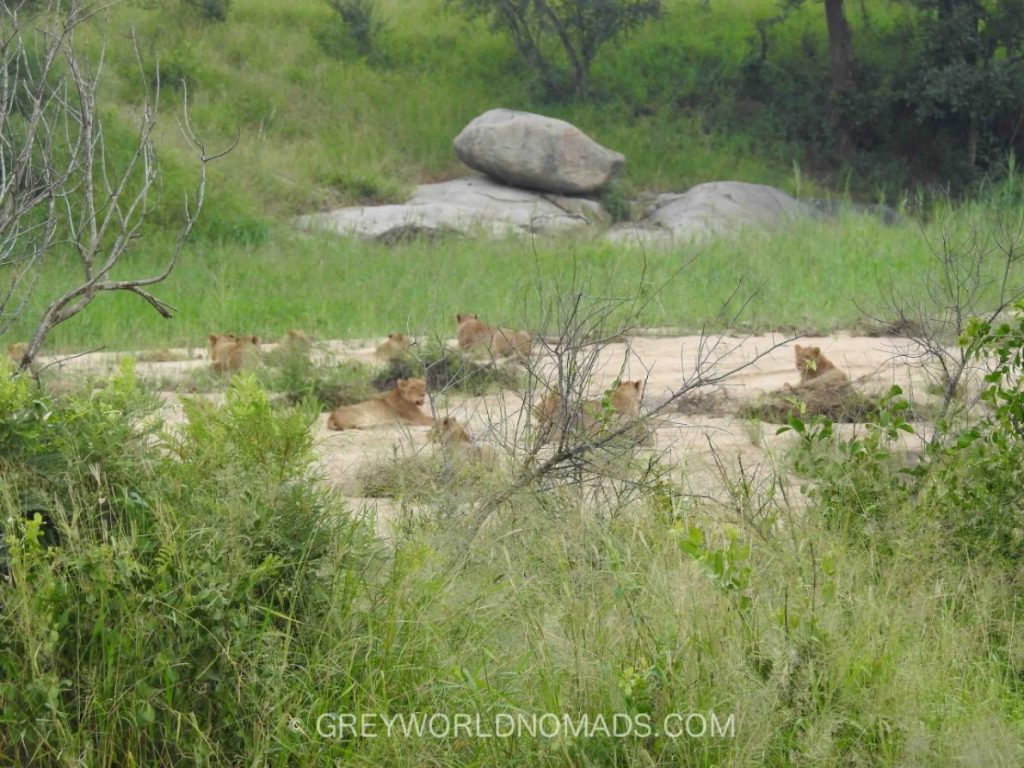 If there were good rains in the summertime which is not a given as the Kruger National Park and other regions of South Africa suffer periodically from severe drought, you may find lush green vegetation giving wildlife a good start going into the dry winter season. 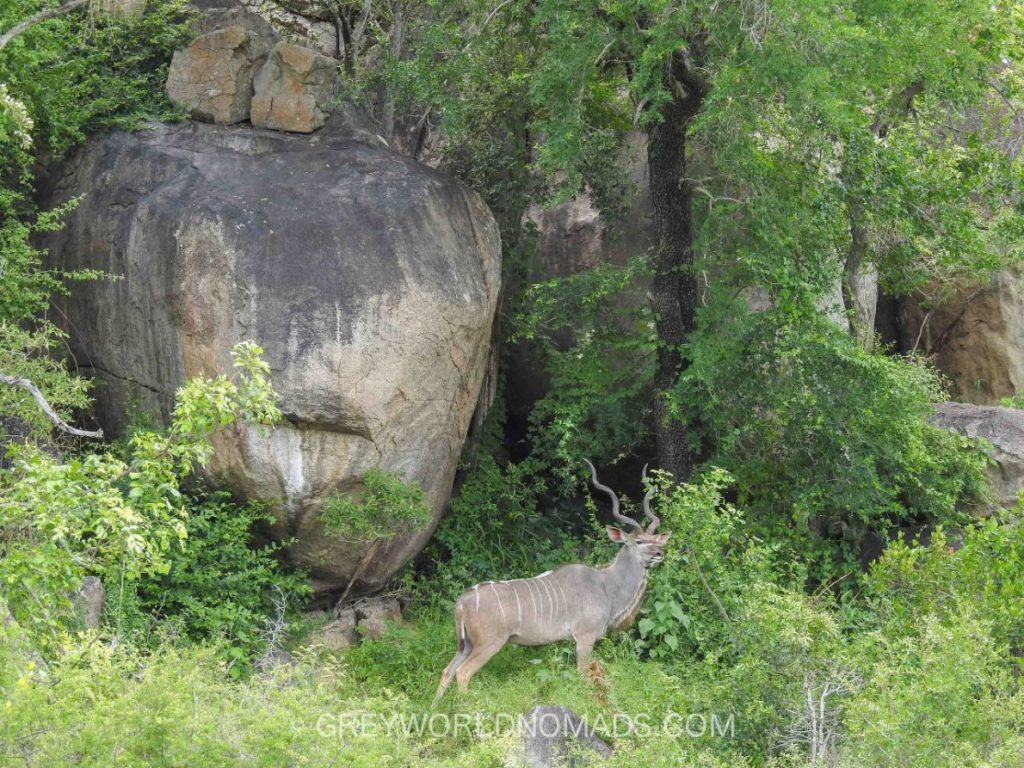 Most animals are in peak condition and rutting season starts while migratory birds leave to head north into northern Africa or to Europe and eastern Asia. A good season to visit for budget-conscious people as these are considered shoulder months with the exception being Easter and fewer travelers are to be expected. 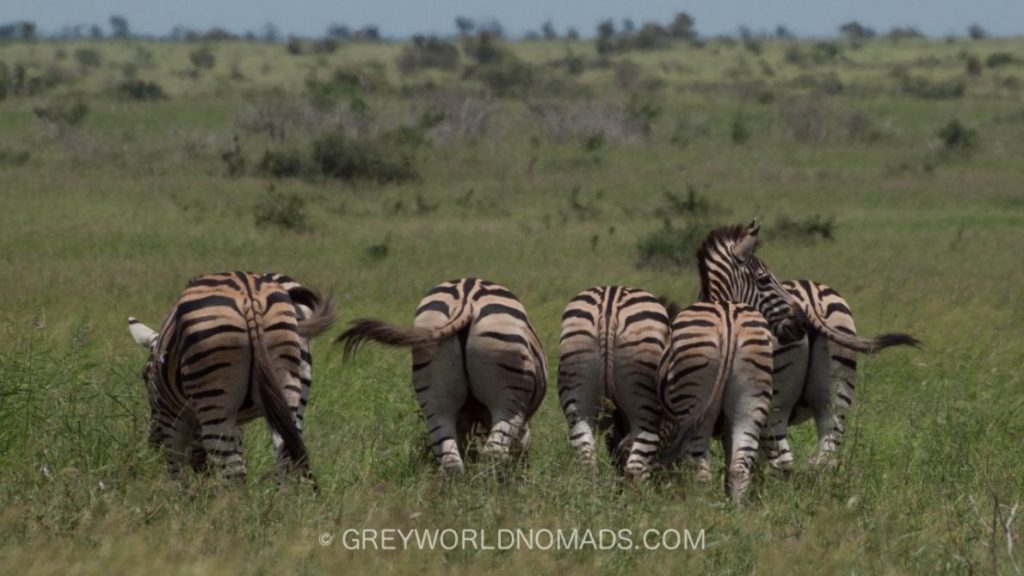 The lack of rains transforms the green to yellow and water is getting scarce with the advantage that wildlife congregates to the waterholes and extraordinary sightings get more abundant. With trees losing their leafs even leopard sightings are more likely. 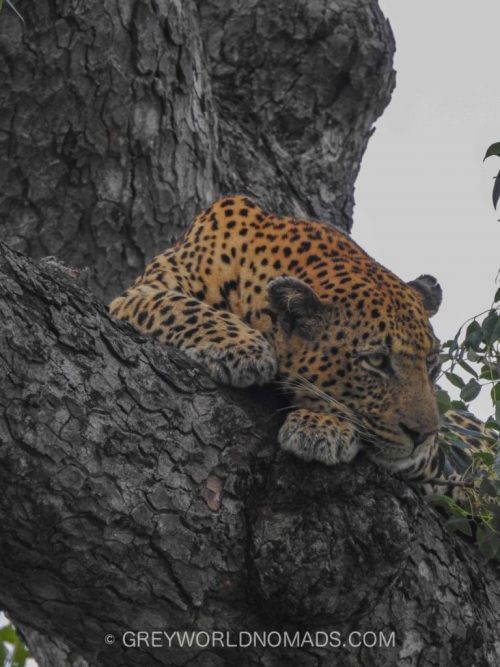 Leopard in a Marula tree 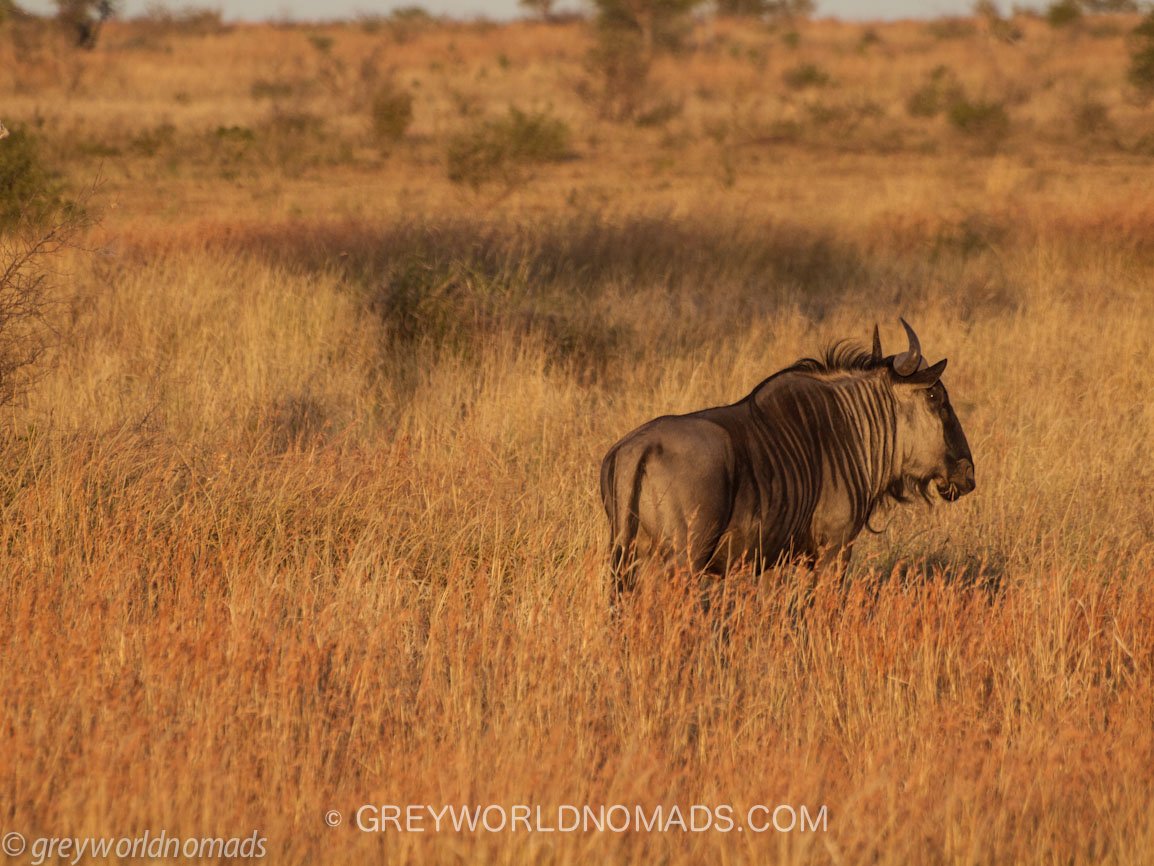 Wildebeest in the dry winter vegetation

In the night it can get pretty chilly, sometimes down to 4° C, meanwhile in daytime t-shirt weather is announced. Yes, you are in Africa which in your mind is supposed to be hot, isn’t it? But take my word and pack your hoody and scarf for the early morning game drives!

In opposite to spring in the northern hemisphere, spring in the Kruger National Park is the height of the dry season. While hot and dusty winds blow over the brown, sparse landscape, wildlife has little to feed on. The scarce water attracts more game to fewer spots which make for excellent safari conditions as well.

Easier spotting of wildlife in wintertime: wild dog near Pretoriuskop

The temperature rises leaving the cooler winter months behind, approaching the soaring summer heat at the end of the year. Humidity invites all kinds of bugs with which malaria risk increases. This being the unpleasant side, the spring season is great for the first rains encouraging tender green leaves to sprout and flowers to lend color dots into the dusty landscape. 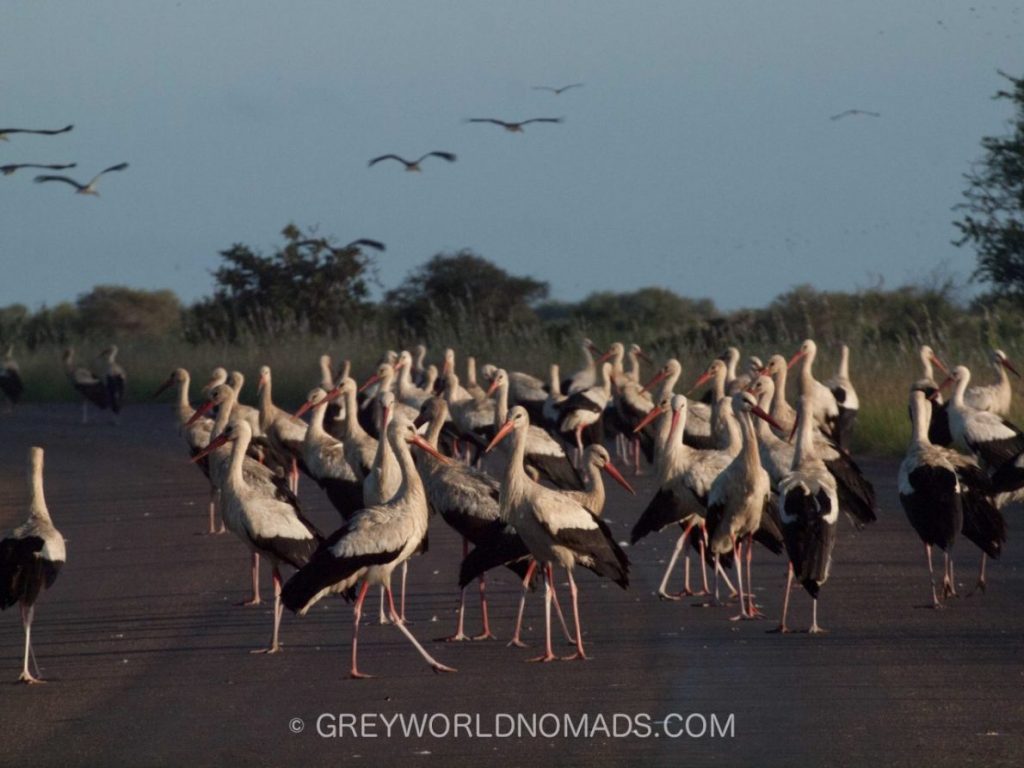 Storks on the road near Letaba

Migratory birds return from their winter quarters in the northern hemisphere and add to an incredible abundance of species already to be found in this place. Dependent on the start of the summer rains young animals are born during this time, while predators will take their opportunity for easy prey. 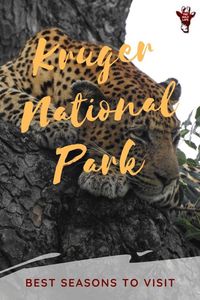 Seasons Of The Year In South Africa


The Kruger National Park is a year around destination and you will see plenty of wildlife at any time of the year. This said there is no doubt that the dry winter season is the best time to see game even on walking safaris, as animals are much easier to spot. 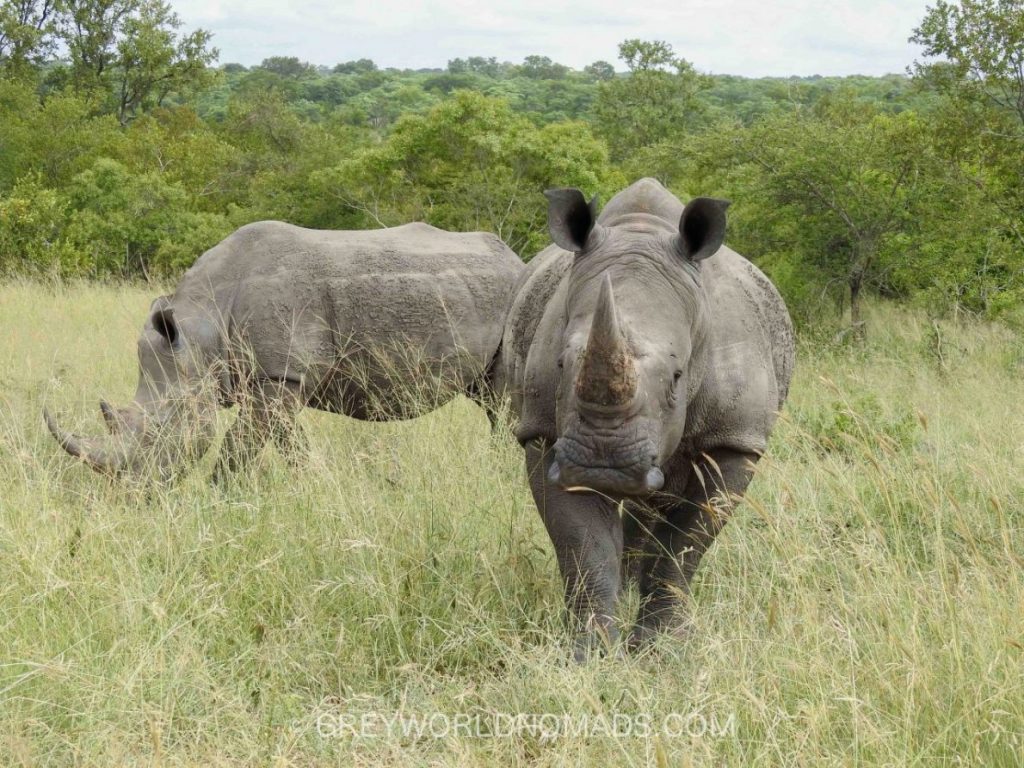 If you are more into birding, the opposite applies as you should opt for the summer months. You’ll have an incredible experience with the emphasis on traveling the northern half of the Kruger National Park. 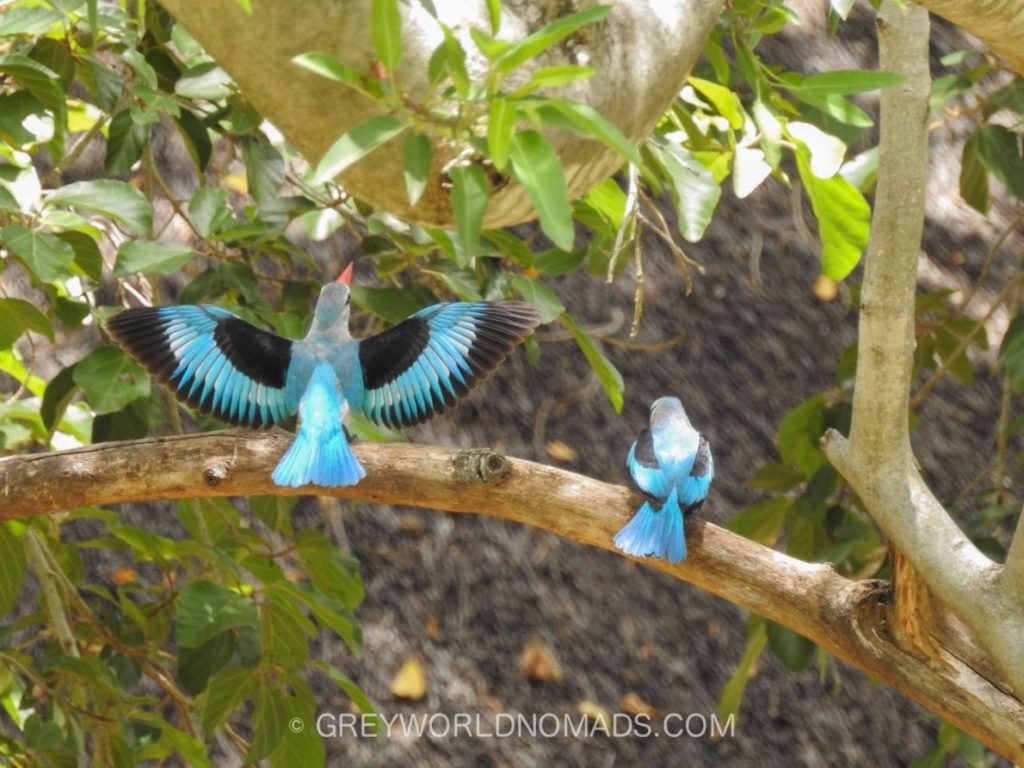 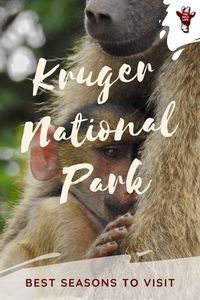